The causes of Muslim decline in India (and elsewhere) must be studied with greater diligence than may have been done by us in the past. We lost the Subcontinent to the British because Muslim rule had festered with abject degeneration and frailty for nearly half-a-century – from 1707 to 1757 which the English found opportune to exploit to their advantage. We forgot who we were and what our true destiny was and thus fell victim to a fate of our own making: 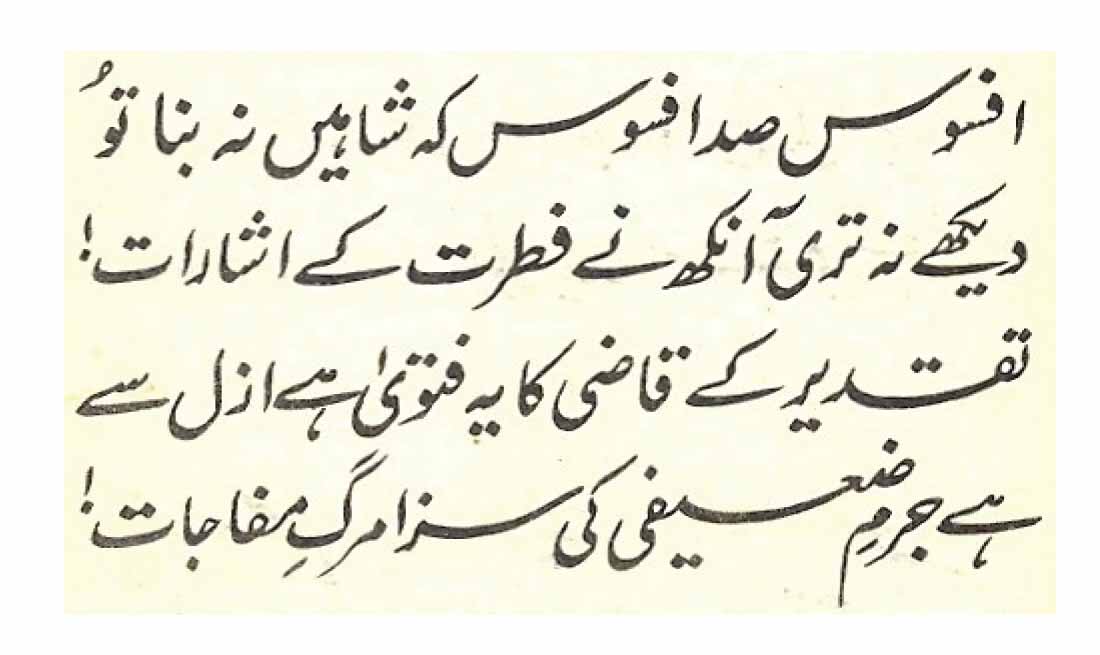 The period from 1757 to 1947 is one long heart-rending episode of retreats and defeats of Muslims in the Subcontinent; seven years after 1757, the British annexed the whole of Avadh followed by Mysore in 1799. Perhaps Tipu Sultan could have saved his kingdom and retained his crown – he only had to bow before British supremacy. He did not – he chose martyrdom instead! The upheaval in 1857 gave the British the excuse to deliver coup de grace ultimately: 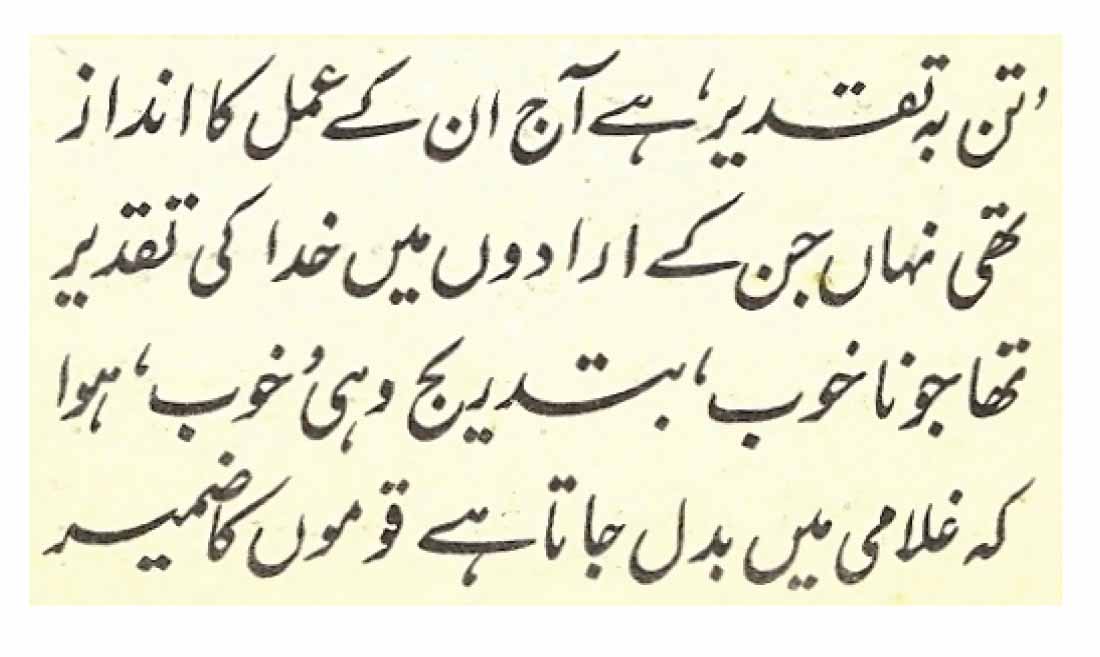 The Ultimate Truth
We only need to look through annals of history to realize that Muslim destiny is struggle and perseverance against staggering odds. Although even today Kashmir ostensibly is the focal point of Indo-Pak rivalry, in reality this territorial dispute is not the cause but merely a tangible manifestation of a much older and deeper conflict between truth and falsehood. The very basis of our faith is Ultimate Truth–Oneness of Allah and the finality of Muhammad’s (PBUH) prophethood. Thus Muslim belief system is fundamentally irreconciliable to any belief system which conflicts with the Ultimate Truth: